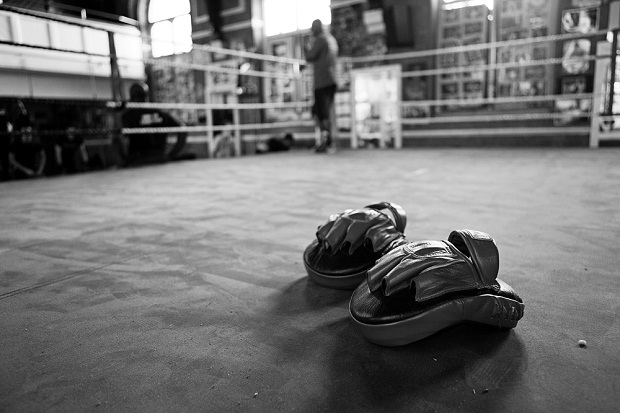 The lowest form of popular culture – lack of information, misinformation, disinformation, and a contempt for the truth or the reality of most people’s lives – has overrun real journalism. Today, ordinary Americans are being stuffed with garbage.
— Carl Bernstein

As this article hits The Boxing Tribune home page, I’ll already be on vacation. And seeing as how this will be my last Monday Rant of 2014, I figured what better time than now, amidst the greatest growth our site has ever experienced, to affirm who I am and what I stand for. Site growth means that many of you may not be familiar with my work or my goals in establishing The Boxing Tribune.

I am not a publicist. It is not my job to help promote events or to paint a glorious picture of boxing events– unless the situation truly warrants praise.

And I couldn’t give a flying rat-fuck about press passes, rubbing elbows with colleagues in press row, or about being buddies with fighters and their management/promotional teams.

If that kind of stuff makes your panties wet and is your sole focus when it comes to reporting on boxing, then you have no business calling yourself a journalist, reporter, analyst, columnist, or anything other than what you really are– a shameless, star-fucking shill. Ditch the laptop and recorder for a cheerleader skirt and a set of pom-poms.

Nobody ever enacted any positive change or reported on anything worth the effort to write while cozily curled up at the feet of those they’re supposed to cover.

As far as I’m concerned, it’s a damned shame that a field as potentially dynamic and vital as journalism should be overrun with dullards, bums, and hacks, hag-ridden with myopia, apathy, and complacence, and generally stuck in a bog of stagnant mediocrity.
— Hunter S. Thompson

When it comes to thankless jobs, there are few gigs that can compare to independent, free-thinking boxing columnist. Nobody’s backing up the Brinks truck to unload a ton of money into the lap of someone willing to rattle the cages of the sport’s money men and shot callers. And when you’re brave enough to shake the trees that constitute the lunatic-heavy forest of fandom, all you can expect is grief in return.

Honesty is for the most part less profitable than dishonesty.
— Plato

From nipple-pinching, googley-eyed stalkers who obsess about your motives to random hate mail from dim-witted fanboys, you can count on paying the price for your honesty. On any given day, I’m on The Money Team payroll with a pro-Mayweather agenda to one critic and a Mayweather-loathing, Money Team-jealous hater to another. I’ve lost friends over my honest opinions and have burned many professional bridges to better-paying future gigs.

But my relationship with boxing and its fighters is different than most. Unlike most of the media’s voices, I was not born into a comfortable middle class lifestyle and boxing is not me “slumming it” for vicarious thrills to escape my white bread boredom.

I grew up in the game and, again unlike my colleagues, have been there for the bad times in fighters’ lives, not just the wonderful, romanticized moments where a young warrior is on the way up and all is rosy-perfect in the world.

My experience with fighters is of forty year-old-men chewed up and spit out by a crooked system that lies, manipulates, and ultimately steals the life force from the sporting world’s bravest athletes. My experience is with financially broke and physically broken men tossed on to the streets with no applicable real world job skills; twisted, arthritic hands; a slowed-down thought process; slurred speech; and the persistent fear of somehow having to pull it all together and earn a living for the next half of their life.

A key purpose of journalism is to provide an adversarial check on those who wield the greatest power by shining a light on what they do in the dark, and informing the public about those acts.
— Glenn Greenwald

I started writing about boxing in order to provide an alternative to what the star-struck or completely bought-off media puts out there. Maybe, possibly, I could wedge my voice into the mix and make the slightest bit of difference.

The manipulation of the media is a symptom of the disease that afflicts boxing and keeps it from adopting the reform and change it needs. Part of disassembling the gigantic, abusive machine involves busting apart the propaganda machine that routinely misdirects fan rage, creates crucial misinformation, and provides cover for those looking to cheat the fans and fighters.

In return, my team and I have been blacklisted from media consideration and attacked from just about every possible angle. An award-winning member in good standing of the Boxing Writers Association of America (BWAA) even took it upon himself to post a dedicated hit page on his site, focused on destroying my credibility.

You see, because when you start calling out the creeps for the lies they tell, you can count on their lapdogs to come after you with efforts to destroy your credibility and, thereby, your ability to make a living.

For those of us willing to speak truth to authority, there are no pleasant moments of bonding with colleagues, no press row diva routines, no media buffets, no sightseeing excursions with promoters. There’s just grief…and the occasional kind word from friends and readers who do “get” it and appreciate what we try our best to do.

We don’t go into journalism to be popular. It is our job to seek the truth and put constant pressure on our leaders until we get answers.
— Helen Thomas

But what’s the alternative? Allow lies and half-truths to manipulate the narrative of the sport, cheating fans of the fights they want and fighters of the fair play they deserve?

In an ideal world, promoters and managers would work to give the fans the best product possible, leading to a higher profile for their clients. In this real world, though, where much of the media is either in someone’s pocket or made up of simple-minded doe-eyed fans, promoters and managers feel free to deliver as weak and as cheap a product as possible, confident that the media will help sell whatever garbage put out there.

Promoting an intentionally inferior product is not “promoting,” it’s thievery. And the scumbag cheats used by promoters to keep their power base intact and fully functional are not “quaint” or “charming” or even, “part of the game.”

It is inaccurate to say that I hate everything. I am strongly in favor of common sense, common honesty, and common decency.
— H. L. Mencken

I may not always be right and you may not like my style, but everything on this site is coming from an honest place with nothing but the best of intentions.

If it bothers you to hear that you are being hustled and lied to, then this is the wrong place to be. If you care more about your own ego than the sport you profess to love, then you should go away right now and never come back because YOU are the problem.

I do what I do for boxing out of a pure and intense love for the sport and its athletes. If this bothers you, go fuck yourself.

Please don’t confuse this Rant with a “Woe is me” diatribe. This is far from a plea for understanding and sympathy. No, this is a warning. In 2015, as our traffic increases and our budget begins to expand, we’re coming at the creeps and crooks harder and stronger. Join us or get out of our way.

You can email your death threats and fake job offers to Paul at paulmagno@theboxingtribune.com . Paul is a full member of the Burger King Kids’ Club, a born iconoclast, and an ordained minister in the Universal Life Church.