If 2013 was considered a fan’s year in terms of matchmaking and entertainment, 2014 has to be seen as a frustrating disappointment in those same areas.

Although we did get served a nice portion of quality action over the course of the year, 2014 will go down as the year many of boxing’s top stars decided to forego large chunks of career in exchange for more favorable business deals and working conditions. Andre Ward, Julio Cesar Chavez Jr., Peter Quillin, James Kirkland, Mikey Garcia,and  Juan Manuel Marquez (among others) sat out most or all of 2014 for business purposes while fighters like Danny Garcia scaled back their level of opposition to, apparently, pursue a lower-risk for higher-reward philosophy.

This year, more so than  any other in recent memory, left matchmaking street cred in the hands of the fighters willing to pursue the greater challenges. Fighters who rewarded the loyal fans with truly interesting match-ups reaped public relations benefits via strong TV ratings while the superstars of the past produced stagnant numbers with their cynical attempts to build events around ring mismatches.

Hopefully, 2014 will serve as a warning for 2015 that fans not only demand stars for their money, but also demand quality match-ups.

Here’s a look at Part One of boxing’s best, worst, and strangest moments of 2014 (Come  back Wednesday, December 31 for Part Two):

Fight of the Year: 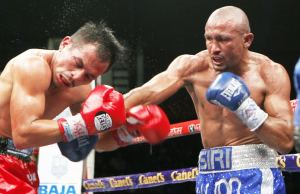 “Siri” Salido may be at the end of his run as an elite-level main stage fighter, but 2014 showed that the gritty Mexican battler still has as much in his heart and soul as any top boxer. Salido followed up a tough decision victory over Olympic star Vasyl Lomachenko with this Fight of the Year brawl against Thailand’s Kokietgym for the interim WBO super featherweight title. Per boxing historian Ted Sares: “Guerro-Kamega, Coyle-Brizuela, Molina-Matthysse, Rodriguez-Nakagama, and Stevens-Johnson were truly great fights, but Orlando Salido’s win over Thai Terdsak “Pit Bull “Kokietgym gets my nod (for Fight of the Year). Salido (42-12-2) rose from knockdowns in the first, second and fifth rounds on the way to an 11th-round technical knockout of the tough “Pit Bull” (53-5-1) on September 18. Kokietgym was dropped in the first, fourth, seventh and final rounds, the last time for good as referee Eddie Claudio waved an end to the back-and-forth thriller at the 16-second mark.” This kind of struggle with a fighter like Kokietgym may be be a sign that things are near the end for Salido, but it also shows that “Siri” has no plans to leave without a struggle

Knockout of the Year: 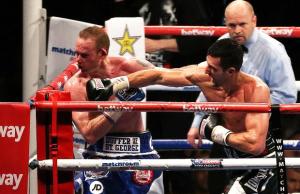 When Carl Froch and George Groves met the first time (in the Robbery of the Year according to The Boxing Tribune’s 2013 Year-End Awards), many felt Froch had walked away victorious thanks to a “helpful” early stoppage by referee Howard John Foster. In their 2014 rematch, IBF/WBA super middleweight champ, Froch, removed every bit of potential controversy by landing a picture-perfect right hand to countryman rival Groves and stopping things properly. 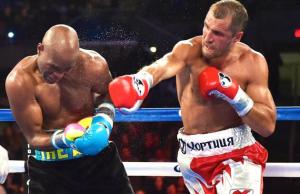 It’s rare that a heavy-handed, come-forward fighter executes to such a a high degree that he can win this award. However, “Krusher” Kovalev proved himself to be nearly as cerebral as he is physical in executing the perfect game plan against ultra-savvy Bernard Hopkins in November. Kovalev played his game perfectly and refused to give 49-year-old ring genius Hopkins even the slightest hope of taking advantage of a mental or technical mistake. A flawless Kovelev, who would add the IBF and WBA world titles to his own WBO title with the victory, would steamroll Hopkins because of his tight mental focus and make a strong case for himself as THE man to beat at light heavyweight.

Breakthrough Fighter of the Year: 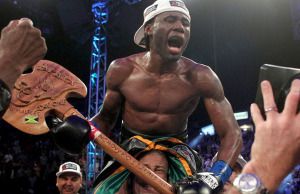 Jamaica’s Walters announced his main stage arrival in 2014 with a a pair of eye-catching destructions over demolition men, Vic Darchinyan and Nonito Donaire.  In doing so, Walters went from from paper WBA world titlist to legitimate baddest featherweight in the world over the course of less than ten months.

Trainer of the Year: 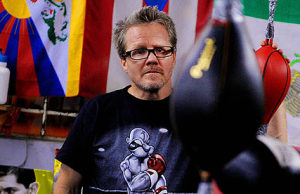 2014 marked the return to prominence of multi-time Trainer of the Year Freddie Roach as the Wild Card leader guided both Manny Pacquiao and Miguel Cotto, as well as a handful of other top fighters, back to the top of elite consideration.

The George A. Romero Gore Award: 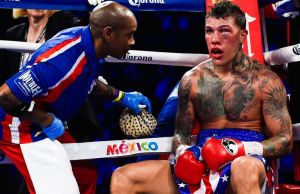 The mega-tough Rosado is no stranger to his own blood and the type of facial injuries that make fans and observers cringe (He was actually a runner up for this award in the 2013 Year-Ends). This year, though, the tougher-than-tough Rosado wins top Gore honors for his blood and guts TKO loss to re-emerging Canadian middleweight star David Lemieux.

Comeback Fighter of the Year Award: 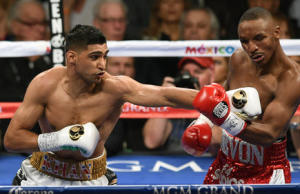 After having spent all of 2012 and 2013 in a career-stalling holding pattern that saw him just barely avoid drifting off into boxing oblivion, Khan came back with a flawless 2014 that could very well push him into a stage-sharing showdown with Floyd Mayweather in 2015. Say what you will about Khan returning to the run and grab style of his earlier days as a pro, the reality is that he has enjoyed a return to form with trainer Virgil Hunter and has two near shutouts over Luis Collazo and Devon Alexander in 2014 to show for his efforts.

Comeback Nobody Asked For: 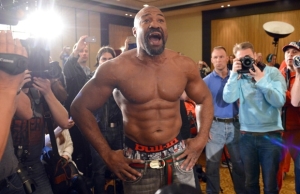 The freakishly in-shape Briggs seemingly appeared out of nowhere, intent upon taunting heavyweight champ Wladimir Klitschko into giving him a big-money title shot. The former world titlist would spend much of 2014 following Klitschko and taunting the champ with cartoonish attacks while staying busy in the ring against very low level opposition. Nobody believes that Briggs– likely not even Briggs, himself,– would be even remotely competitive against Klitschko (or any other top contender) at this point, but the freak show pursuit has been good for a few chuckles.

Worst PPV of the Year: 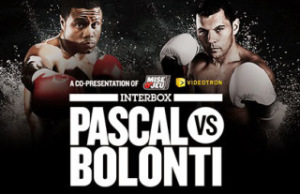 The December 6 Pascal-Bolonti PPV from the Bell Centre in Montreal reached a new low in trying to sell bad product to disinterested consumers as they tried to peddle a Pascal vs. Bolonti main event to American fight fans while HBO was showing a free (and much better) card at the same time. To be fair, the original double main event of Lucian Bute vs. Bolonti and Pascal vs. Donovan George would’ve been a significantly better value for the PPV dollar, but when Bute pulled out and George reportedly priced himself out of the main event, little effort was made to juice up a weak card essentially capped off by a tune up for Jean Pascal.

Piss or Get Off The Pot: 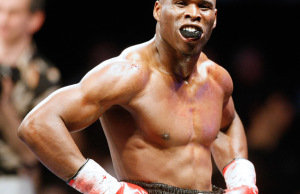 This is the very definition of a complete fall from grace– Go from Fighter of the Year to the dubious “Piss or Get Off The Pot” award the very next year. However, if anyone has earned this distinction, it’s light heavyweight lineal champ Adonis Stevenson, who capped off a stellar 2013 with a a supremely frustrating 2014. It’s not that victories over Andrzej Fonfara and Dmitry Sukhotsky aren’t impressive, it’s just that the heavy-handed charismatic Haitian-Canadian star settled on bouts with Fonfara and Sukhotsky after questionable business strategies pushed him to pass on fights against Sergey Kovalev, Bernard Hopkins, and Jean Pascal. Stevenson has a real chance for redemption in 2015, but only if he fights the winner of the upcoming Kovalev-Pascal clash. 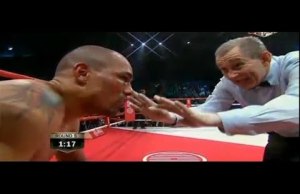 UK Fighter of the Year: 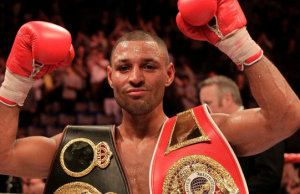 After years of being regarded as a high-end prospect in boxing’s glamour division of welterweight, Kell Brook finally made his arrival on the main stage official with a solid decision victory over IBF titlist Shawn Porter. The 28-year-old Brook is now a player in boxing’s biggest money division and, finally, in the mix when it comes to superstars such as Floyd Mayweather and Manny Pacquiao.