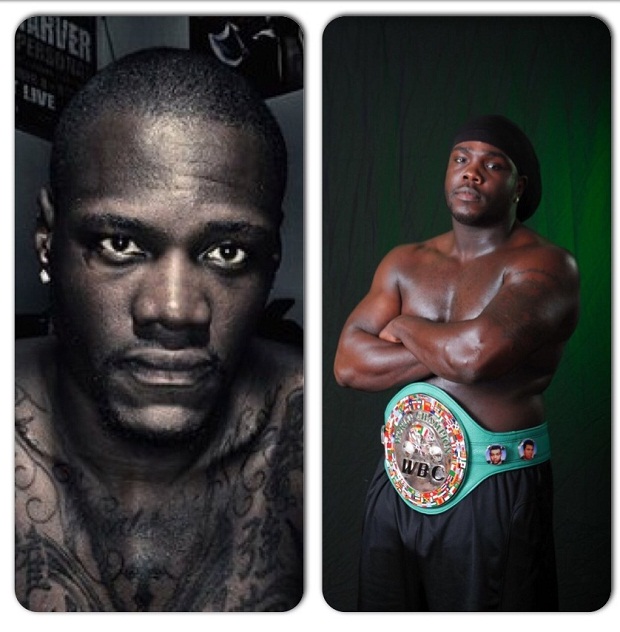 With Deontay Wilder and Bermane Stiverne ready to become a challenger to Wladimir Klitschko, the heavyweight division hasn’t been this exciting in years. I mean, Briggs chasing down Wladimir on a speed boat was pretty darn entertaining, but not as entertaining as goliaths throwing bombs.

Klitschko will defend his portion(s) of the heavyweight crown on April 25 in Brooklyn, New York. It will his first fight in America in 7 years. Philadelphian Bryant Jennings is the front runner to challenge Klitschko with Shannon Briggs chasing a pipe dream.

The promotion behind Wilder-Stiverne is working, there is a general buzz among casual fans interested in the outcome. There hasn’t been a buzz of this magnitude regarding a heavyweight bout on US soil since Lewis fought Tyson in 2002.

In all reality, this is the best US-soil match-up the heavyweight division has to offer. Stiverne resides in the US, fights in the US and pays US taxes. Anyone want to bet against the gold chain he wears wasn’t bought with US greenbacks?

When people discuss why the US hasn’t had a heavyweight champion since Shannon Briggs, they always say, he’s playing line backer in the NFL. The same almost could have been said about Stiverne. He was once a promising line backer at Michigan State. After blowing out his knee during spring practice his freshman year, Stiverne turned to boxing and it’s been a steady, slow climb to becoming world champion.

Stiverne is a likable character, humble to the T. Blessed with natural athletic ability and size, Stiverne is light on his feet and destructive with his hands. Over his 9 year career, he’s laid foes to rest, from Chris Arreola to Ray Austin.

Stiverne is Don King’s last great fighter. It’s no secret Stiverne wants to part ways with his flamboyant, P. Diddy me first style, promoter. His humble beginnings led him this far, win or lose, it will carry him through the fire. This is by far his biggest fight, but the stage, he’s been there and succeeded, the lights and cameras are all extras in his movie.

Deontay Wilder is a new kid at school, cool, popular and he has all the buzz. And with all the buzz surrounding Wilder, he is a fighter exuding confidence. Behind the 6’7 frame, chiseled physique, is a man with a big smile, enjoying the success of his labors. With 32 wins and 32 KO’s, expectations are beyond the stars.

He’s been on the fast track since winning the bronze medal at the 2008 Olympics, gaining both supporters and doubters along the way. Doubters will point to a weak resume. They question whether he’ll be able to withstand a grueling 12 round fighting considering he’s never been past 4 rounds. Supporters point to his freakish level of power. All questions will be answered come January 17th.

Hype is bestowed upon athletes beyond their control, every writer or critic wants to be the one “who told ya so”. Wilder is no different, he’s just the next American heavyweight for which we all rest our hopes on. The world rests on his shoulders and with his dreams at the reach of his finger tips, Wilder is enjoying the whole process with one thing and one thing only… A smile on his face.

Jennings will likely get the crack at Wladimir in a Canelo/Mayweather type fashion, “He’s not quite ready but the opportunity may not present itself again”. If not, ” Lets Go Champ” Briggs will take one final beating at the hands of a Klitschko.

Quite frankly, Wilder and Stiverne are our last hope at saving the heavyweight division. The top 15 outside of Klitschko, Jennings, Wilder, Stiverne and Fury couldn’t hold their own jock. Even if Jennings loses, he’ll get another crack down the line. So will the loser of Wilder and Stiverne. But for one night, all eyes will be on the heavyweight division.