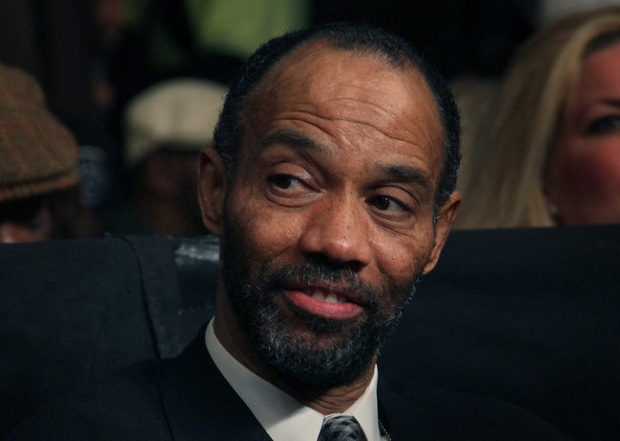 When people talk about reform in boxing, I’m usually of the “let’s do it– burn it all down and rebuild from ashes” mindset. After all, there’s little that can be done to further hurt a sport that has already been pillaged by its old guard approach to doing business.

Forget national commissions and all the fantasy league bullshit dreamed up by most boxing do-gooders. The only way to achieve reform is by making boxing a truly viable mainstream sport where there’s more money involved in doing things the right away.

But we won’t ever get to the mainstream to test this theory out if we continue to ride with the sport’s old guard.

The current crop of boxing promoters and managers, for the most part, have conditioned themselves to take the quick payout over the long-term investment. They are perfectly content to spend as little effort as possible, promoting their “product” to whoever already constitutes the boxing buying public. Like a soap manufacturer content to sell to only one client, there’s really not much thought to moving beyond the comfortable as long as the money is coming in right now.

A business with an eye on growth can’t be run like that.

The former concert promoter and current behind-the-scenes boxing powerbroker is pretty much universally reviled among old guard types and their lackeys in the boxing media.

Blame it on his efforts to move the power base from the promoters to the athletes and/or his unwillingness to play the game behind the scenes as it has been played since the very beginning of the sport. Haymon speaks the language of corporate America and, at the same time, understands the street hustles involved in boxing’s back stage politics. He ignores the media and refuses to engage in the back-and-forth access-for-press games most promoters and managers play with them.

Make no doubt about it, there’s plenty of ugliness to point a stick at in the world of Haymon Boxing. As an “adviser,” he walks a fine line between being both manager and promoter, yet isn’t held legally accountable as either. He has certainly violated the Muhammad Ali Act, at least in spirit, repeatedly. And, perhaps worst of all, it’s now obvious that he had his stars sit out and/or coddle themselves with hand-picked mismatches a good portion of last year in anticipation of his big-time NBC network deal.

But the old guard has also repeatedly violated the spirit of the Ali Act and, when it comes to mismatches and intentional blocking of big fights, let’s not even begin to run through the list of major match-ups cock-blocked by boxing politics and/or a stubborn drive to let them “marinate.”

Believe me, there are entirely clean hands in this sport we love.

Haymon wants to run the sport and, just given the fact that he’s the first boxing business person seriously looking beyond the premium cable business model, reportedly dishing out as much as $100 million of his own money to fund a an effort to return boxing to mainstream America, he deserves a shot at the boxing control panel.

His Premier Boxing Champions NBC show, as well as his Spike TV deal, demonstrate a real effort to bring the sport back to the masses. The five match-ups already announced between both ventures range in quality from Fight of the Year material to extremely interesting. Everything about both multi-year deals screams class and a run at real matchmaking integrity.

There are bound to be some duds in there along the way and it still remains to be seen whether America will be willing to welcome boxing, even at the sport’s best, back to the mainstream. But it’s worth a try…and, to reiterate, only Al Haymon is actually trying at this point.

Despite the industry cheerleaders and the “boxing is healthier than ever” crowd, the sport is, indeed, shrinking, at least when it comes to its marketplace in the United States.

Back in 2007, Joe Calzaghe vs. Mikkel Kessler on HBO was considered a laughing stock in the TV ratings, delivering a little over 1.5 million live viewers. By comparison, the Deontay Wilder-Bermane Stiverne heavyweight title bout this past January 17 brought in only 1.24 million live viewers for Showtime, but was considered a blockbuster ratings performance and one of the highest rated premium cable shows of the last two years.

Expectations have clearly fallen and most of the sport’s powerbrokers and, sadly, its fans, have lowered their concept of what constitutes a successful show.

Beginning in the 80’s, when the sport was basically thrown off network TV, boxing was willing to use content-hungry premium cable channels like HBO and Showtime as a crutch. Promoters took the easy money from these channels and got lazy. It was money requiring nothing more than bringing their stable of fighters to the table. They were promoting fights to channel subscribers already interested in their product and no real effort was made to expand beyond that familiar territory. Occasional forays into “free” cable were treated like the red-headed step children they were– eventually ignored and left to be filled by bottom-rung competition and not-good-enough-for-premium cable match-ups.

As a result, the fan base dwindled. Without having easy access to the characters who make up the sport, many fans just drifted away over the years. If TV ratings numbers are to be believed, there may be just 700,000-1.5 million hardcore boxing fans left in the nation, willing to watch the product delivered to them. All the arguments about who is the bigger TV draw are silly when you take into consideration that every “major” show on premium cable, well-regarded or not, can fit into this rather small range of viewership.

The network model is an entirely different game, though. You live and breathe by the quality of the product you deliver as well as the level of promotion you bring. It’s a young man’s game, a smart man’s game. No guarantees and no easy network money just for bringing your guys aboard– but the potential payoff is immense. We’re talking about the creation of new stars, reaching new audiences (at least 5-20 times what boxing can reach now), and inspiring the next generation of fighters, exposed to the sport at a young age.

If Haymon fails in his efforts to revive a listless boxing product, the worst case scenario is a return to premium cable and 30+ more years estranged from free network TV.

At the end of the day, Al Haymon is a businessman with a product to sell and money to make. Given his history as a business man, he is ruthless in taking over, but has always delivered a quality product to fans when in power. With so much of his personal money invested into this effort, it’s hard to imagine him not putting forth a real effort to bring boxing back from its three decade slumber.

Change is good. A successful Haymon is good for the sport.

You can email Paul at paulmagno@theboxingtribune.com or summon him in times of danger by blowing into your secret rocket whistle. You can also buy his book, Notes from the Boxing Underground! Paul is a full member of the Burger King Kids’ Club, a born iconoclast, and an ordained minister in the Universal Life Church.