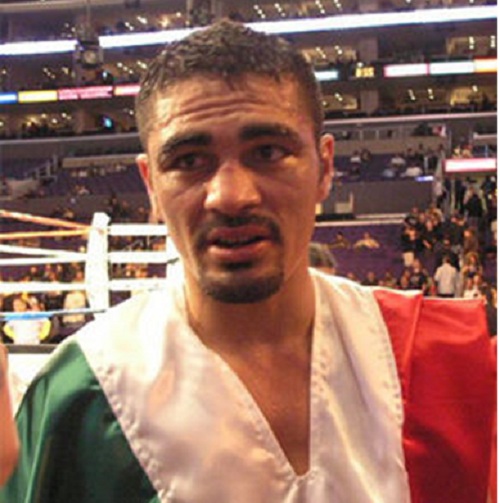 “Whatever preconceived notions you have about a fighter or fight, you really never know when you’re about to see something great.”—Poster named The True Guru (Boxing Asylum)

On February 2, 2001, I watched a televised fight at the Celeste Center in the unlikely location of Columbus, Ohio. It was between two light heavyweights who have since passed away. One was Julio Cesar Gonzalez; the other was Julian “Mr. KO” Letterlough. This mayhem featured five knockdowns. Gonzalez was down in rounds 3, 5 and 10 while Letterlough was down in rounds 1 and 11. This amazing brawl defined what ebb and flow is all about. What I witnessed was no “three yards and a cloud of dust.” This was Al Davis’s rampaging Oakland Raiders beating the offensive-minded Houston Oilers 52-49 in 1963. This was a spectacular and fierce all-out war that has become an indelible memory for those who witnessed it..

The big guns went off right after the opening bell when Gonzalez (26-0, 16 KOs) dropped Letterlough (15-0-1, 15 KOs) with two sharp jabs and a right-hand flush to the jaw. Then, at the 2:20 mark of the third, Letterlough caught Gonzalez with a clean counter right hand, also flush on the chin. It decked him. Both fighters continued to trade bombs in the fourth round, and then, at 2:48 of the fifth, Letterlough drilled Gonzalez with a brutal left hook to the head. Gonzalez hit the canvas for the second time, and this time he hit the canvas face forward.

The combatants would trade for the next several rounds, taking turns rocking and rattling each other with hooks, uppercuts, straight shots, and engaging in vicious give and take. Gonzalez smothered Letterlough in the tenth, scoring heavily to the body. However, with fifty-seven seconds remaining in that round, Julio got caught with another perfect right-hand flush on the jaw. He went down like he had been sapped, as his head slammed against the floor and bounced dangerously off the canvas. With his eyes rolling back into his head, it would have been more than a safe bet that he was done. Somehow, someway, he sucked it up. Using the ropes as a support, he climbed back up. Somehow, someway, he found the strength and will to survive the round.

Then, out of nowhere at the 1:24 mark of the eleventh round, Gonzalez caught Letterlough coming in with a crisp combination. Letterlough, off balance, went down for the second time. The fans were up and roaring in total disbelief. At the end of this savage war, Gonzalez had done just enough over the course of twelve back and forth rounds to garner one of the hardest-earned victories one could imagine. Here it is, enjoy: https://www.youtube.com/watch?v=a0PUGGXjf_8

As poster True Guru stated, “It was just a feel good brawl with both guys turning the tide in times of desperation and sucking it up to go on when they appeared finished. Letterlough was as big a puncher as you will see and Julio just kept taking his bombs and firing back with more…there was never a moment that either was safe.”

The aptly named judge Woody Kelker had it 109-114. Judge Frank Garza scored it 110-113. Judge Gary Merritt made it unanimous with 109-114. When was the last time you saw a fighter go to the canvas three times and win a unanimous decision?

Ring Magazine awarded the Emanuel Burton-Mickey Ward war Fight of the Year in 2001, but I wonder if those who did the selecting missed this one.

Proving he was the real McCoy, Julio Gonzalez would go on to upset the great Dariusz Michalczewski (48-0) in 2003—in Germany no less—to win the WBO light heavyweight title which he would later lose to Zsolt Erdei in 2004 again in Germany. Julio’s final record was an admirable 41-8 record and he was stopped just once.

On March 10, 2012 Julio Cesar Gonzalez was killed on impact in a motorcycle accident when he was hit by a drunk driver in B.C. Sur, Mexico. He was 35.

Julian also died too young when he was found shot to death on a Reading, Pennsylvania street corner on July 8, 2005. He too was 35. Julian had been shot in the back of the head. The shooter, who pleaded no contest, was sentenced by Judge John A. Boccabella to 12½ to 25 years in state prison.

Julian’s final record was 21-5-3 with 20 of his wins coming by way of KO. Surely his legacy will be that he was never in a dull fight.

Julian and Julio, thanks for the great memories. And may the Lord grant to both of you eternal peace and comfort—and may He bring you together once again.