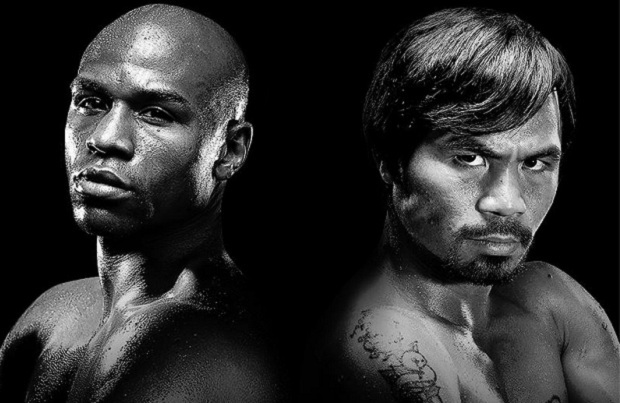 The pay-per view revenue that the long awaited superfight between Floyd Mayweather Jr. and Manny Pacquiao generated was said to surpass the $300 million mark. With crazy add-ons such as advertising space on the Filipino 8-weight champion’s short going for £1.5 million, the fight was a proverbial gold mine.

Even 4 months on and the fight is still being talked about, regardless of whether it didn’t live up to expectations. And one of the talking points that will no doubt resurface during other high profile sporting events, is the use of streaming services like Meerkat and Periscope that many resorted to view the fight. Let’s face it; the $99 pay-per view subscription fee was a hefty one, and the highest in boxing history.

This caused somewhat of a backlash among boxing fans. Now we know that illegal streaming is alive and well – even more prominent in Asia where piracy is as common as eating cereal for breakfast – but Meerkat and Periscope saw an unpredicted flurry of traffic during the event.

Pre-fight, many news portals such as the Mail Online warned that fans would be put off by the obscene price of the fight. With many expected to watch the fight illegally, the two aforementioned platforms were the places in which most flocked to, upon fight night.

Mashable journalist Christina Warren even wrote a whole piece on her displeasure regarding the inflated pay-per view prices, how Periscope and Meerkat’s streams were vast, and of good quality. She also detailed that from the map she viewed on Periscope, people were streaming the fight from all over the world. Possibly the oddest stream was “from a police station in Africa.”

One thing we must point out is, Periscope and Meerkat weren’t designed to allow illegal streaming, and many of the streams were shut down when the streaming services realized what was happening. So, finding “a consistent stream” must have been challenging. But what it does show is that if an event’s pay-per view skyrockets, consumers will find other ways to view the event instead of paying $99 for the pleasure.

These streaming platforms can also be run through mobile, so come fight night, hundreds of thousands watched it directly via their smartphone. Whether it was because of prior engagements, commuting, work commitments or even the inability to get to a TV in time to catch the first bell, mobile provided an alternative for fight fans during the event.

Tech Crunch posted figures showing that Periscope is just one of many apps that have contributed to over 6 billion apps being downloaded across the world. Additionally, Spin Genie’s managing company, Gaming Realms PLC claim that this figure will continue to skyrocket in the coming years. Thus, if disgruntled sports fans decide against paying money for these fights, Periscope, Meerkat and other streaming platforms could well be their first option in the future. Which then questions whether there is future in pay-per view events, and if a more flexible monthly subscription fees to a slew of events is the way forward. Examples of this are the WWE Network and UFC Fight Pass, which are both prevailing because of their consistent flurry of quality video content.

Are one-off pay-per view events under threat? Or will superfights always make big money through pay-per view? Let us know your thoughts below.