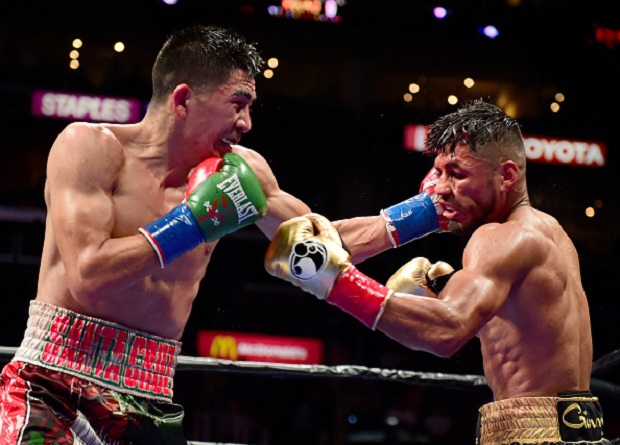 From the very beginning, it was clear that the goal of Al Haymon’s Premier Boxing Champions (PBC) was to draw in the mainstream American sports audience, which had given up on boxing decades ago.

By signing just about every available top America-born fighter with name recognition to his stable, the idea was to find the “Next Big Thing” for the American market. However, six months into the PBC project, that hasn’t happened and all fans have been treated to is a steady stream of “meh” performances from the likes of Danny Garcia, Keith Thurman, Shawn Porter, Adrien Broner, The Dirrell Brothers, Antonio Tarver, and Steve Cunningham.

But even while Haymon and co. are making efforts and spending millions to push the sport down the middle of the road, boxing can’t help but drift towards the niche markets which have kept it alive and healthy.

The Latino market, especially, has kept boxing from disappearing too far into the “Other Sports” section of your favorite mainstream sports site. Also, throw in pockets of rabid Eastern European support sprinkled throughout the country and, of course, the Filipino fight fan influence, which has forced everyone to take notice over the last several years.

It should come as no surprise, then, that the best and most compelling fights over the last several years have come from these niche markets, where fans pack arenas and the fights mean something above and beyond paychecks and marketing opportunities. These fan bases get boxing. Their fighters fight with urgency and pride, feeding off the energy of their supporters.

The PBC’s best fights so far have featured Latino, Eastern European, and Asian fighters and, gradually, the quality they produce is going to bring up some interesting questions for the Haymon brain trust.

Do they stay the course and keep featuring American fighters, allowing the quality of their product to suffer as they push for a mainstream breakthrough, or do they just book niche market fighters in superior match-ups and work to market those to the mainstream?

On Saturday night, PBC on ESPN hosted two fights on the same card that will receive serious Fight of the Year consideration in front of over 13,000 rabid fans at Los Angeles’ Staples Center. In the opener, Julio Ceja would pull himself off the canvas to stop Hugo Ruiz in five fierce rounds. Then, in the main event, Leo Santa Cruz would win a rough and rugged battle against Abner Mares in what was being billed as the “Battle of L.A.”

Unfortunately, these bouts were in the super bantamweight and featherweight divisions, respectively, and conventional wisdom tells us that casual fans just do not have much use for the smaller weight classes. The same can be said for the cruiserweight division, which has been a black hole in terms of American fight fan support since its inception. But PBC’s other Fight of the Year candidate came just over two weeks ago when Poland’s Krzysztof Glowacki shocked Serbia’s long-standing world titlist, Marco Huck, for the WBO cruiserweight belt.

Interestingly enough, the August 14 Glowacki-Huck card on Spike TV, which was headlined by a heavyweight bout between Antonio Tarver and Steve Cunningham, saw their TV numbers rise gradually throughout the undercard cruiserweight co-feature. As social media kicked in and Fight of the Year buzz began to be heard, people got curious enough to watch, turning a low rating into a middle-of-the-pack Spike TV ratings performance. One can also assume that it would’ve been hard for casual remote-flippers to not at least stick around for a little bit when coming across wild fight action and an absolutely insane crowd at the Prudential Center in Newark, New Jersey.

While the TV numbers were not available as of this writing, it’s probably safe to assume that Saturday’s Santa Cruz-Mares card will follow the same pattern as the Glowacki-Huck card. A small, hardcore base will present itself early and then gradually grow to include casual fans as the buzz spreads. It will then be PBC’s job to capitalize on that energy by moving their fighters to similarly well-crafted fights that build on the buzz and help lock in viewer loyalty.

The only way to inspire a mainstream comeback for boxing is to create that same electricity generated Saturday night at the Staples Center or at The Prudential Center earlier in the month and expose curious non-fans to it.

It would be ideal if PBC could get energizing, fan-generating performances from some of their main investments, but none seem capable of fighting with that right mix of proficiency and urgency. Blame it on mechanical or stylistic flaws; Blame it on the complacency of the well-fed American fighter; Blame it on boxing politics keeping the best from rising naturally to the top. Whatever the reason, guys like Shawn Porter or even Keith Thurman won’t likely be producing the types of bouts necessary to capture the eye of the mainstream sports fan.

So, would it be easier for the PBC to change course, work the niche markets, and sell that product rather than count on the American product to somehow become independently bankable?

That’s up to the PBC people making the big money. Let’s hear your ideas in the comment section or on our social media pages.

You can email Paul at paulmagno@theboxingtribune.com or check him out as he pursues the perverse Bandit Olympus in his off, off Broadway musical: “The Ashley Madison Hacks”. You can also buy his book, Notes from the Boxing Underground! Paul is a full member of the Burger King Kids’ Club, a born iconoclast, and an ordained minister in the Universal Life Church.