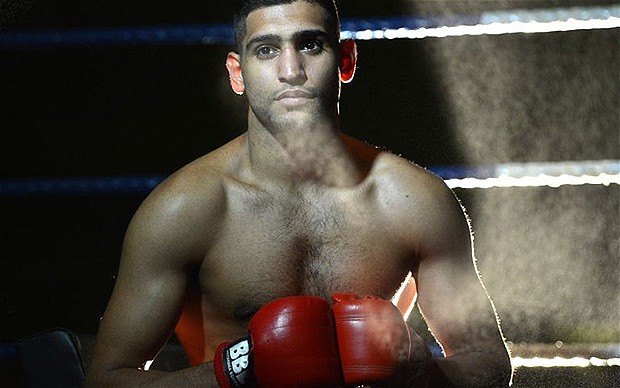 In the United States, the overwhelming reaction to the announcement of Amir Khan vs. Saul “Canelo” Alvarez was that of disbelief. The pundits saw a Canelo-slanted slaughter that would be lucky to last past the third round. In the UK, however, the opinions have been kinder when it comes to Khan’s chances.

These differing takes on the catchweight 155 lb. bout for Alvarez’s WBC middleweight title are reflected in the betting odds for the contest. Given the wave of outrage over the supposed mismatch, one would expect the odds to be astronomically in favor of the Mexican. But those who bet on boxing online at netbet will find Alvarez as a +340 favorite—yes, a decided favorite, but hardly the runaway, slam dunk odds of someone likely to pulverize his foe with ease.

British fight fans have taken a much more balanced view on the May 7 bout with many giving the former Olympic silver medalist from Bolton a fair shot at scoring the upset. Could this be because UK fans generally have a less idealized view of the young Mexican star than American fans, who have already placed the 25-year-old among the very elite of the sport? After all, British fans may still have a bad taste in their mouths, recalling how Alvarez took apart the smaller Matthew Hatton and the less talented Ryan Rhodes in cynical mismatches on his way to the top.

Whatever the reason, these fans are expecting a much more competitive bout than their American counterparts and that can only fuel Khan.

“My fight with Canelo Alvarez will be the biggest fight of the year, including the biggest upset of the year,” Khan told the Ring Magazine website. “And when I beat Canelo people around the world will say ‘Wow, we never did expect to see such an upset.’ “

When analyzing the bout, many of the fans and experts have pointed to Khan’s questionable chin—he’s been stopped twice and buzzed many, many times—but his greatest flaw may be his lack of concentration and his tendency to rely too much on his extraordinary athleticism to cruise through bouts. However, against big punchers, like in his bout against Marcos Maidana, Khan tends to retain a degree of focus to keep himself safe. It would be hard to imagine him not taking the punching power of the naturally larger Alvarez even more seriously than that of Maidana.

This forced focus and the boost from his home country fans make Khan, at the very least, a live betting underdog and not the imminent roadkill predicted by many.

Khan even has the support of the outspoken heavyweight champ, Tyson Fury, who sees a bit of the underdog magic in Amir.

“Alvarez has got slow feet, so the key to beating him will be speed and Amir Khan’s got that,” Fury told Sky Sports.

“But remember, anything is possible. Don’t forget I went into the Klitschko fight as a 5/1 underdog, as a rank outsider, but I came out victorious…If I can beat a super-champion and out-box someone who [most people] thought couldn’t be out-boxed then surely Amir Khan can beat Alvarez, who has only been a champion for a few years.”