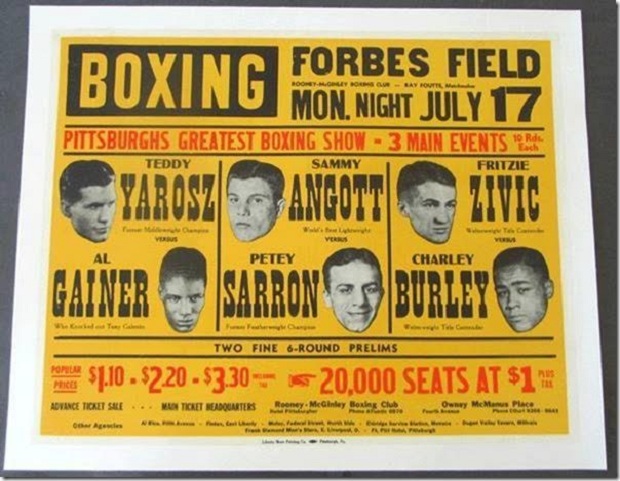 “Burley was un-hittable. He didn’t even make elusive moves … he was just not touched by anything. The only other fighter I’ve ever seen who had that same radar was Marcel Cerdan. When Pep and Whitaker did it, you wanted to applaud their skill. With Burley, he just wasn’t being hit … and he didn’t avoid the punches. (It was the damnedest thing.)”—The late Joe Rein (The Sweet Science)

Charley Burley may have been the best fighter of Murderers’ Row, a group of black boxers who were avoided by elite white fighters because of their skills and sadly because of racial barriers that then existed. The group included Hall of Famer Lloyd Marshall, Hall of Famer Holman Williams, Hall of Famer Herbert “Cocoa Kid” Lewis Hardwick, the edgy Jack Chase, powerful Elmer “Violent” Ray, Aaron “Little Tiger” Wade, Bert Lytell (Chocolate Kid), Charley Williams, Eddie Booker, and others depending on which source one chooses to use. Historian Harry Otty is an excellent one in my opinion.

Charley was “Too good for his own good,” a statement that was made by many boxing managers and promoters when referring to the Pittsburgh great.. He went 83-12-2 without ever having being stopped, but more importantly, he beat every great fighter of his era that he was able to fight. His opponents included Fritzie Zivic (twice) and the legendary Holman Williams (against whom he tallied 3-3-0-1), and everybody in between.

Burley was a tactician and defensive genius but lacked flash. He was an economical puncher, and rarely punched in combination. Nevertheless, he was avoided by Henry Armstrong, Tony Zale, Jake LaMotta, Rocky Graziano, Sugar Ray Robinson, and Billy Conn, so he was forced to fight out of his weight class’ Yet he KO’d opponents from welterweight to heavyweight between 1936 and 1950. It was impossible to look good against him. Burley beat three world champions in three different weight categories, but sadly and unfairly never got the chance to fight for any world title.

Burley may not have been the victim of racism as much as something less obvious. Ed Gavilan puts his finger on it in this salient comment: “Burley wasn’t all that exciting to watch. He was a safety first guy who was hard to tag and hard to beat, but he wasn’t the type of fighter who inspired the masses. Like Griffith and Pernell Whitaker, he attracted the keen eye of purists, and that gave bigger gate attraction fighters and champions the excuse not to fight him. In truth, I really think Burley resembled a slightly watered down version of Roy Jones. He moved like him, and punched like him, but not in combination. Moreover, as an added detriment, Burley was reported to be a deeply religious, extremely soft-spoken, and honest man. In boxing, nice guys often don’t finish first, and if you’re not the loquacious type, it’s more of a strike against you in landing that title shot when you have the stylistic deck stacked against you a bit in the first place. Lack of charisma and a safety first style can you hurt you no matter how effective you really are. Fighters know the truth, but spectators don’t know the truth as well.” In some ways, the same might be said for today’s Andre Ward.

Archie Moore had this to say about this uncrowned champion, “If anyone was the perfect fighter it was Burley. When I fought Burley, I was no greenhorn. I’d had nearly 80 fights at the time. Burley was already a legend. He could feint you crazy with his eyes, shoulders, head, even his pectoral muscles. If you threw a punch at Charley Burley, you had better hit him; if you didn’t he would counter your head off. Hitting Burley with a solid punch was near impossible.”

Suffice to say Charley Burley’s name was ever-present among the leaders of the golden age of middleweights. He was inducted into the International Boxing Hall of Fame in 1992.

Here is what the IBHOF summary concludes, “In 1942, Burley lost two decisions to Ezzard Charles within 35 days. But between those contests, he knocked out middleweight contender Holman Williams. But Burley’s finest moment in boxing may have been in 1944 when he won a 10-round decision over Archie Moore.”