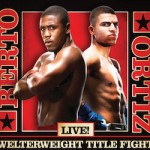 Also, Read: Andre Berto: “Victor Ortiz stepped up to the plate…We’re set for a great fight.” Berto – Ortiz: Cleansed by the Fire … END_OF_DOCUMENT_TOKEN_TO_BE_REPLACED 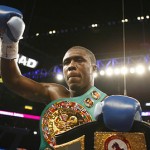 WBC welterweight champion, Andre Berto (27-0, 21 KOs) will defend against Victor Ortiz (28-2-2, 22 KOs) at the MGM Grand Theater at Foxwoods in Mashantucket, Connecticut April 16th. Berto, who has been widely criticized for the overall quality of his opposition, is looking to make the sixth defense of the title he won by beating Miguel Angel Rodriguez in 2008. During his … END_OF_DOCUMENT_TOKEN_TO_BE_REPLACED