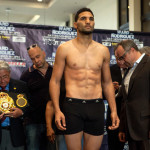 Back in 2000, Arturo Gatti ended Joey Gamache's career and nearly killed him in a junior welterweight bout when he entered the ring as a middleweight, putting on 19 pounds between weigh-in Friday and fight night Saturday. Most recently, rumor has it that when Saul "Canelo" Alvarez flattened Amir Khan, the Mexican star had put on nearly 30 pounds between Friday weigh-in and … END_OF_DOCUMENT_TOKEN_TO_BE_REPLACED 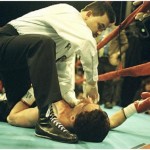 Gatti vs. Gamache (2000) "I don't know anybody outside of the Gatti camp who seriously maintains that Gatti made weight for that fight. They jumped him on and off the scale very quickly. It seemed pretty clear to me that someone at the commission had been told in advance that there might be a problem and the response was, 'Don't worry about it.'"—Thomas Hauser "I have … END_OF_DOCUMENT_TOKEN_TO_BE_REPLACED 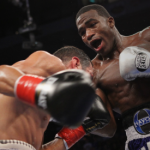 Usually fighters wait until they are millionaires before they start becoming jaded and disinterested in the fans who pay their salary. Adrien Broner, anointed heir to the Floyd Mayweather Jr. legacy, is once again showing himself to be well ahead of the curve when it comes to career progression. At 21, he had already won his first paper world title (WBO super featherweight) … END_OF_DOCUMENT_TOKEN_TO_BE_REPLACED 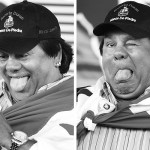 By Alphonso Costello A couple of weeks ago I answered an ad to fill the boxing historian vacancy left by the dearly departed Bert Sugar when The Sh-t List Makers Association of America commissioned a list for the 10 greatest middleweights who were lightweights. Since I have taken to smoking cigars and wearing fedoras, I am now The Boxing Tribune’s self-proclaimed … END_OF_DOCUMENT_TOKEN_TO_BE_REPLACED