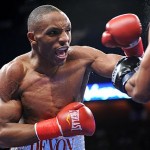 Family Arena, Saint Charles, Missouri -- In a "must win" contest in the rough jr. welterweight division, St. Louis native, Devon Alexander (22-1, 13 KOs) came away with a 10-round split decision victory over Argentina's heavy-handed Lucas Matthysse (28-2, 26 KOs) The fight, an HBO Boxing After Dark feature, played out pretty much true to form, with the mobile southpaw, … END_OF_DOCUMENT_TOKEN_TO_BE_REPLACED 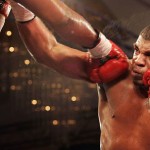 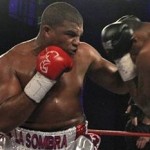 by Chris Milton New Zealand Rugby international, Sonny Williams has been given the blessing of the New Zealand Rugby board to fight on January 29th. Lets hope he is not another Anthony Mundine. If there is anyone out there who still questions Amir Khans’s chin or heart, they really need to stop reading the Boxing Scene forums and get a grip on reality. Victor Ortiz has … END_OF_DOCUMENT_TOKEN_TO_BE_REPLACED

The fans at the Treasure Island Casino in Las Vegas were treated to a Fight of the Year candidate when Joseph Agbeko (27-2, 22 KOs) put his IBF Bantamweight title on the line against underrated Colombian challenger, Yonnhy Perez (20-0, 14 KOs).The bout was evenly-fought throughout all twelve rounds with the action shifting in favor of each fighter at various points of the … END_OF_DOCUMENT_TOKEN_TO_BE_REPLACED