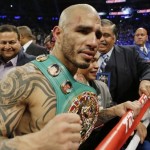 Three-division world champ and current WBC middleweight titlist, Miguel Cotto has confirmed that he is now a member of Jay Z's Roc Nation Sports' boxing stable. As of right now, that Roc Nation stable consists of only two major names-- Cotto and Andre Ward, but both fighters carry enough drawing power and industry respect to make even this two-man stable an instant player in … END_OF_DOCUMENT_TOKEN_TO_BE_REPLACED 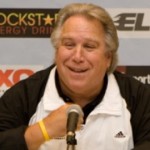 After just a couple of weeks on the Roc Nation Sports team, promoter Gary Shaw has parted ways with the company and will reform Gary Shaw Productions. With him, Shaw also brings the contracts of fighters such as Bryant Jennings, Thomas Dulorme, and Dusty Hernandez-Harrison. According to Shaw, the parting was amicable and the union easy to dissolve since the merger had … END_OF_DOCUMENT_TOKEN_TO_BE_REPLACED 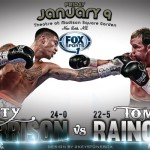 Friday night at the Madison Square Garden Theater in New York City, ROC Nation Sports holds its debut boxing card with a nine bout show being billed as “Throne Boxing”.  The card is the first in a three show deal with Fox Sports 1, and will also feature entertainment from ROC Nation musical artist Fabolous and DJ Mustard.  Emceeing the event will be the “Voice of New … END_OF_DOCUMENT_TOKEN_TO_BE_REPLACED