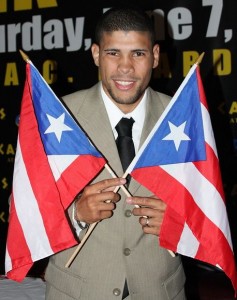 Lopez will be making the third defense of the title he won in January of 2010 against Steven Luevano. In his last bout, he stopped Mexican veteran, Rafael Marquez.

Sonora Mexico’s, Salido, in his last contest, lost his title against Yuriorkis Gamboa via unanimous decision. Despite the loss, though, Salido is still ranked #10 in The Boxing Tribune featherweight rankings (Lopez is ranked #1).

Lopez-Salido will be broadcast live on Showtime.