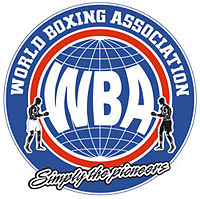 One complaint that any coherent boxing fan will have today is the fact that there are too many champions. Very few know who the real champion in each division should be, but many have their own conflicting opinions. With Super Champions, Interim Champions, Champions Emeritus, Champions in Recess, and many others that provide a healthy flow of cash into the pockets of the sanctioning bodies, most fans are left in a state of confusion.

In boxing’s heyday it was clear who the world champion was.

Then the WBA came to power in 1962, born from the NBA, or National Boxing Association, which was formed by 13 state commissions in 1921, in response to the overgrowing power of the New York State Athletic Commission (NYSAC). In those times, the champions recognized by the NYSAC were generally regarded as the World Champion. In some cases, the NBA champion, conflicted with that of the NYSAC, but 2 middleweight champions (for example), when compared to 7 (as we see today), is a relatively easy puzzle to solve. By the time the WBA came to life in 1962, its champions were regarded as the one champion of the world.

After allegations of overwhelming U.S. interests brought about the WBC, the WBA incorporated a large Latin American influence, giving a large number of its controlling votes to Latin American figures, allowing for a more worldwide influence on its rankings. Eventually the WBA mixed in some serious controversy with its relocation of its headquarters to Panama, to Venezuela, and back to Panama.

The WBA has done a great job at distancing itself from past controversies. Very few, if asked, will know of the past controversy involving Hall of Fame promoter Bob Arum, who claimed in a 1982 interview, that he was forced to bribe WBA officials to obtain rankings for his fighters.

The contemporary underhanded dealings of choice for the WBA are right out in the open for all to see, yet very few in the media make much of an effort to bring such rules bends and other money-grabbing decisions to light. Kevin Iole, as I will highlight later in this piece, shed some light on the topic in a recent column at Yahoo! Sports.

Since its well-intentioned and noble beginnings, the WBA has deviated horribly from its course, giving in to the corrupting power it once railed against.

Marquez, the future Hall of Famer from Mexico City, has held the WBA’s lightweight title since his February 2009 knockout victory over Juan Diaz, winning the vacant WBA Super World lightweight title, a title lost on the scale by Nate Campbell only 2 weeks prior.

By the WBA’s own rules and regulations, an interim champion is appointed only when the regular or “Super Champion” is unable to defend his title due to injury or other qualifying circumstances, as outlined in Section B, subsection 22 of the WBA’s regulations. Marquez’s ill-fated move up to the welterweight division to challenge Floyd Mayweather was likely the motivating factor behind the WBA’s move to allow Miguel Acosta to fight for its Interim title in July of 2009. I’m willing to be lenient on that point.

The WBA’s decision to promote Acosta to “Regular Champion” prior to his next bout in May 2010, went off without reason or explanation, which spawned the confusion that currently clouds the lightweight supremacy picture.

On the same night, in the main event to which Guerrero and Katsidis played the role of appetizer salad, Marcos “Chino” Maidana and Erik “El Terrible” Morales squared off for the WBA Interim jr. welterweight title. You may remember that Maidana’s December thriller with WBA world champion Amir Khan was intended to crown a sole recognized champion in the division. Maidana lost a 12-round decision to Khan, thus losing his WBA Interim jr. welterweight crown.

But what, amongst their rules and regulations, gives the WBA discretion to appoint an Interim champion, when the Super Champion and World Champion are ready, willing, and able to defend their crown? Only 1 week after Maidana was given another shot at WBA Interim gold, Amir Khan defended his WBA world championship against Paul McCloskey.

Was Khan at all unable to defend his title? Clearly he defended his title on April 16, 2010.

Was there a clear-cut reasoning behind allowing another Interim championship bout, outside of profiteering?

WBA President Gilberto Mendoza Jr. told Iole, “the WBA is looking at creating different levels of championships, ‘similar to the gold, silver and bronze medals in the Olympics,’ as a way to afford more recognition for boxers.”

Had you looked up the WBA’s website by now, you would notice in section A, subsection 3, that the interpretation of the accompanying rules and regulations was under the umbrella of the committee and committee chairman assigned to such daunting tasks. If needed, President Gilberto Mendoza is left to interpret the rules and regulations, thus leaving the appointment of unnecessary and redundant championships up to the WBA’s President, if the need ultimately arises. This is a relatively new amendment to the WBA’s regulations.

By my own observations, the WBA installs Super Champions and Interim Champions where it sees fit. A Super Champion is defined by one who makes 5 to 10 defenses of his title, with the stipulation allowing Super status appointment after only 5 defenses, a relatively new one. The middleweight division, for one, is another division in which redundant championships have been tossed out like Hersey’s kisses at the end of a Peter Quillin fight. Felix Sturm (Super Champion), Gennady Golovkin (World Champion), and Hassan N’Dam N’JiKam (Interim Champion) all have a staked claim to the WBA middleweight crown.

The featherweight division is yet another division that reeks of the stench of utter stupidity and corruption. For nearly 3 years, between 2003 and 2006, Juan Manuel Marquez and Chris John held portions of the lightweight crown. Each actively defended his crown to the fullest of their abilities, yet never met in the ring. In 2006, Chris John, who held the World title, defeated Juan Manuel Marquez, who was stripped by the IBF, yet still held the WBA Super Champion crown. With his victory, John was not elevated to Super Champion, instead remaining World Champion.

3 years later, Chris John defeated Rocky Juarez to defend his title, yet the WBA decides to approve a bout between Yuriorkis Gamboa and Jose Rojas for its Interim title. Shortly thereafter, John was named Super Champion, and Gamboa, without winning another fight, was named World Champion.

Does any of this make sense?

I encourage any and all to visit the website of the WBA to see this madness for yourself.

The WBA has proved to be remiss in their duties, however. Guillermo Jones, current and long-reigning WBA cruiserweight champion, was inactive from September 2008 until October 2010. During his layoff, an Interim champion was not appointed.

Are we to believe another cruiserweight contender was not worthy of an Interim championship, or did the WBA not receive any quid prop quo propositions from promoters? Both are valid questions, given the modus operandi of the WBA.

I apologize to any that have reached this point in an utter state of confusion. The most accomplished of wordsmiths would not be able to explain this madness without confusion, and it only speaks to the corruption and ineptitude of the World Boxing Association; one of four major sanctioning bodies that have done their best to ruin the sport of boxing.

If you missed my article chronicling some of the WBC’s shortcomings in the honesty and integrity department, you can read it here (insert WBC link). Check back with The Boxing Tribune for in-depth looks at the recent shady dealings of the WBO and IBF.