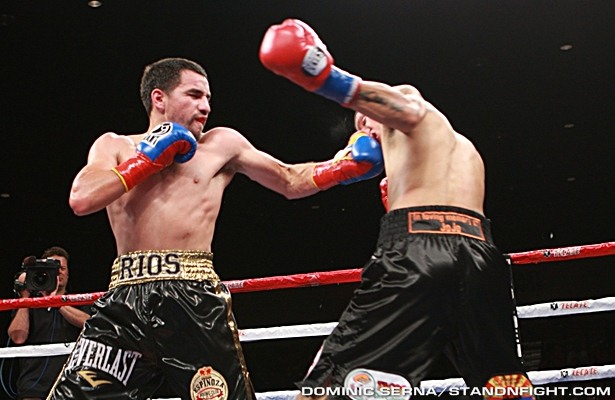 The undefeated featherweight prospect headlines Golden Boy Live against Castellanos, who is the former WBC Silver featherweight champ.  Castellanos had an 11 fight win streak going until getting stopped in his last contest.

El Maromerito looks to bounce back from an upset loss to Vivian Harris in March.  Herrera come sin off two wins.

The U.K.’s Olympic gold medalist gets his first title opportunity with the vacant WBC International heavyweight crown up for grabs.  Bakhtov is a step up, but the Russian contender hasn’t had much success when he’s stepped up, losing in his last three regional title contests.

Griffin is the winner of the first ever boxing reality series, “The Next Great Champ” from 2004, but found little success at the upper level of the light heavyweight division, and has since fallen into “opponent” status.  Peterkin is looking to extend his unbeaten streak in his fourth appearance at BB Kings.