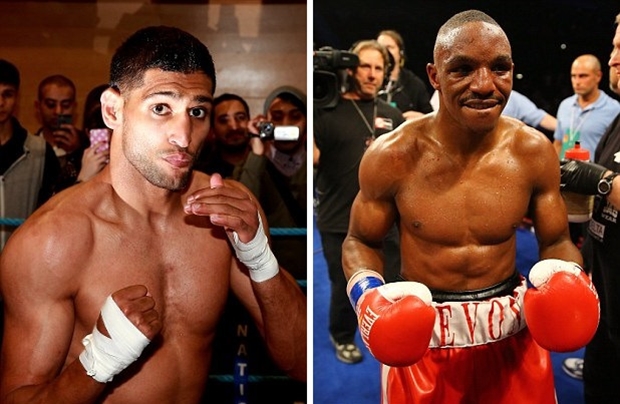 It’s being reported by various sources that Amir Khan will take on Devon Alexander December 13 at the Mandalay Bay Resort and Casino in Las Vegas as the main event of a Showtime televised triple-header. Other bouts for that evening include WBO junior middleweight champ Demetrius Andrade defending against Jermell Charlo and Keith Thurman, reportedly, slated to face Leonard Bundu.

Khan-Alexander appears to have the feel of an eliminator of sorts, with the winner shooting up to the front of the line for a run at Floyd Mayweather next year.

Both fighters have struggled in recent outings, losing a significant amount of status in the talent-rich welterweight division.

Khan, despite a solid win over Luis Collazo in May, was coming into that bout with a four-fight streak of tepid performances– back to back losses to Lamont Peterson and Danny Garcia and then lackluster victories over Carlos Molina and Julio Diaz.

Meanwhile, Alexander is coming off a solid win over Jesus Soto Karass in June, but is just one-fight removed from a unanimous decision loss to Shawn Porter, which cost him his IBF welterweight title.