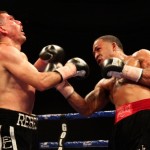 Over the months, the Monday Rant has become a sounding board for attacks on some of boxing's ugliest aspects-- from the rotten, greedy sanctioning bodies right down to the sleazy boxing scribes who act as publicists for "friendly" promoters and managers. But I'm often guilty of glancing over some of the great stuff that happens in the sport every so often. These shining … END_OF_DOCUMENT_TOKEN_TO_BE_REPLACED 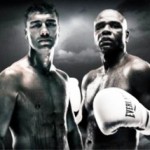 Pepsi Coliseum, Quebec City, Quebec, Canada – Fighting in front of a packed arena of his adopted home nation, IBF super middleweight champion Lucian Bute cruised to an easy 12-round unanimous decision victory over a brave Glen Johnson over 12 on Saturday night. Both men opened the fight touching each other to the body early and often. With Johnson flicking and pawing with … END_OF_DOCUMENT_TOKEN_TO_BE_REPLACED 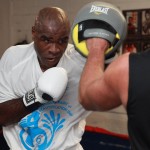 By Gary Purfield Glen “The Road Warrior” Johnson (51-15-2, 35 KOs) has had anything but a typical boxing career.  What makes Johnson unique is his desire to truly fight anyone, at anytime, anywhere.  He earned his nickname Road Warrior by fighting anyone available in their home base.  Johnson has made a career out of going into someone else’s territory where he takes on a … END_OF_DOCUMENT_TOKEN_TO_BE_REPLACED 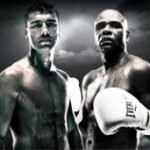 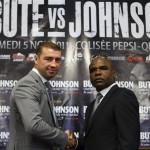 By Fox Doucette On-air, off-air, and up in the air, Saturday night's battle on Showtime between Lucian Bute (29-0, 24 KOs) and Glen Johnson (51-15-2, 35 KOs), Bute's ninth defense of his IBF super middleweight championship, promises to be a good action fight. The televised co-feature will bring prospect Pier Olivier Cote (17-0, 11 KOs) as he takes on Jorge Luis Teron (25-2-1, … END_OF_DOCUMENT_TOKEN_TO_BE_REPLACED