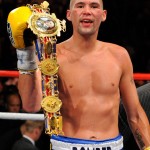 By Geoff Poundes At the Echo Arena, Liverpool on Friday night local boy and Scouse poster-boy Tony Bellew squares up for the first time since surrendering his unbeaten record to Nathan Cleverly last November. Bellew, who talks as well as he fights, has seen fit to revise his version of events in that fight, when he failed to usurp Cleverly’s WBO 175 pound title, now … END_OF_DOCUMENT_TOKEN_TO_BE_REPLACED 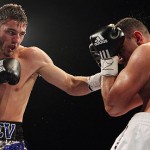 by Geoff Poundes After a period of confusion, Nathan Cleverly, Britain’s WBO light-heavyweight champion, will accept the challenge of Robin Kransiqi on the 28th April. The fight was announced a week ago but has been in limbo after the WBO refused to sanction the bout; it seems they’ve changed their mind and ordered the winner to defend against their mandatory challenger … END_OF_DOCUMENT_TOKEN_TO_BE_REPLACED 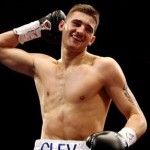 With British boxing very much on the ropes, battered, bleeding and sore after last weekend’s shenanigans from two of the country’s leading heavyweights over in Germany, the game in the UK has a chance to repair some of the damage when its only remaining legitimate world champion defends his title on home soil this Saturday. The well-educated and erudite light-heavyweight … END_OF_DOCUMENT_TOKEN_TO_BE_REPLACED 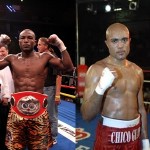 Tavoris Cloud is the American boxer, version: 2012 He's a world titlist, ranked among the top 4 of the light heavyweight division and, for the most part, is an utter mystery to all but the most devout of hardcore fans. With no drawing power to speak of, he has no leverage in making big fights happen. So, despite a title reign that hits its three-year mark in August, it … END_OF_DOCUMENT_TOKEN_TO_BE_REPLACED 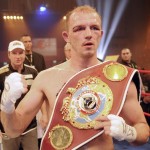