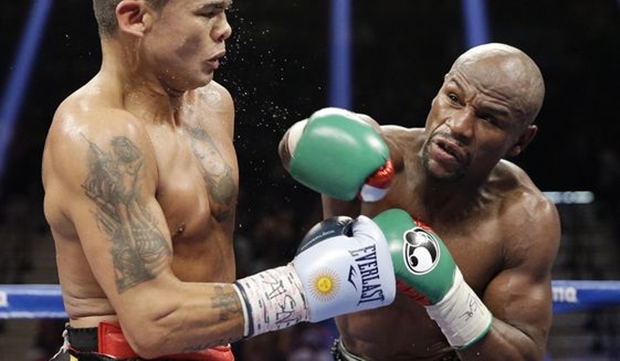 According to industry sources, the September 13 pay-per-view card headlined by the rematch of Floyd Mayweather vs. Marcos Maidana did over 925,000 buys– making it the biggest-selling PPV event of the year thus far.

Despite a heightened media effort to hold Mayweather’s feet to the fire for his history of domestic abuse and what appeared to be the public’s first-ever real stab at a boxing boycott, Mayweather-Maidana II actually outsold the first bout in May by at least 25,000 buys.

Bad publicity and a universally-panned undercard seemed to have no effect whatsoever on the five-division champ’s drawing power, who still remains well ahead of no. 2 draw, Manny Pacquiao, as the sport’s biggest star and most powerful money generator.

By comparison, Pacquiao’s PPV rematch with Timothy Bradley earlier in the year generated around 750,000 buys and his show before, against Brandon Rios in Macau, never quite reached the 500,000 mark.