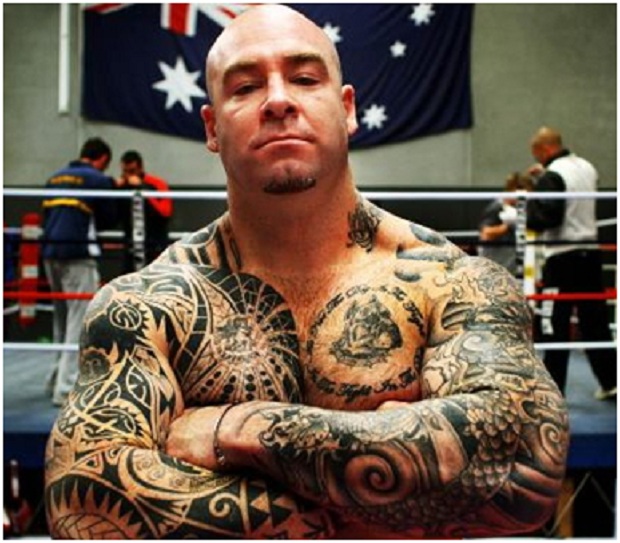 Inanities, insults, stupid comments, and even fawning dumb down the bar lower and lower.

Paulie Malignaggi: “So much hinges on Saturday night,” Paulie confessed. “A win could put me in the conversation for the Hall of Fame. I made a list of goals that I wanted to achieve when I started boxing, and I’ve been checking things off ever since. National amateur champion. Yes. Olympian. No. World champion. Yes. Financial security. Yes. Hall of Fame. That was my biggest long-term goal. If I win on Saturday night, that hope stays alive.”

Malignaggi: “The media doesn’t know crap about boxing,” he told veteran writer Ron Borges. “There are a few exceptions. But they watch every week and don’t know what they’re doing. If I spent that much time watching something and wrote and said what they do I’d feel very ignorant. I’d feel stupid.”

Thomas Hauser: “Paulie never had his Carl Froch moment. But he has been to the mountaintop. Several months ago, reflecting back on his championship victories and also his fights against Miguel Cotto, Ricky Hatton, and others, Paulie told David Greisman, ‘When my career is over, years from now, whether I’ve won or lost these big fights, at least I’ll be able to say I was in the ring with those guys. When people talk about great fighters, I got to share a night with those guys in front of a big crowd, and it was really cool. Whether I won the fight or lost the fight, I had some cool experiences.’ ”

Amir Khan:” I have seen how hard Andre [Berto] trains and works and know that he is ready to give Floyd a very tough night.”

Anthony Joshua:“I know it might not be the best match-up on paper, but on the night you never know. Styles clash and it could become one of the all-time great fights if Berto prepares himself well.”

Michael Katsidis: “What a great sport boxing is…It’s given me so much and now once again I have an opportunity of a lifetime. I get to return to the ring.”

Chinese Promoter Liu Gang: “It’s an honor to have Michael Katsidis fight on this card. Michael is a worldwide name and to have him fight in China with a full gymnasium and a TV audience.”

Bethe Correia: “I promise I will fight for the belt next year, in 2016, I want to write a different story. I want, above all things, to be respected. I want a triumphant return. I won’t accept ending 2016 without an UFC belt on my waist. Everything I want, I get. That will be my battle. If she still has the belt next year, I will meet her again. I will get that belt. I think Ronda will be dethroned and I hope I get to do it. Everybody loses at one point.”

Dan Rafael: Floyd’s decision to fight Andre Berto was a low blow to Amir Khan, a fighter who deserves better.

Shawn Porter: “I’m not paying For Golovkin vs. Lemieux.”

Boomer Esiason: “I would never buy Mayweather’s next fight”
Kenny Porter: “He’s [Broner]still just a little kid who’s out of control, and you have to snatch him up when he’s out of control – and he’s always gonna be that way…He probably ain’t gonna grow up no time soon. He ain’t gonna stop doing what he doing. What grown man runs around acting like that? That’s not adult. You have to be adult at all times. That’s not being a man.”

Nigel Benn: “Chris [Eubank] is just hard work and I haven’t got time for his stupidity. I came back to England in May and we had a meeting for about four or five hours with his associates, but all I got was a lot of hot air which is usual for Chris….I am willing to put something on YouTube to show how serious I am and let people see just how in shape I am. There’s been no bad habits outside of the ring, plus I have Jesus now in my life. I am super-fit and ready to fight Chris again.”

Deontay Wilder: “I’m looking at Lucas Browne. I want to shut his bald-head mouth shut. And man, he’s the man, because he has a man crush on me. I think he’s just looking for the opportunity, for the money part of it. To be honest, he’s a guy that came up out of a garage and stuff like that. Most of those guys are going to look at me as an opportunity for them to try and make a little bit of money. So I want to pull his card. He may be my next opponent.”

Jeff Fenech: “”Tyson was a devastating puncher and his punches were fast and snappy. Lucas [Browne] has a different sort of power. It’s heavy and thudding. His punches are like big rocks landing on your head.”

Razor Ruddick: “This is the route I said I’d take…To win back the Canadian title, for the third time (laughs) and then go for the world title. My belief is, my shot [at the world title] will eventually come. Big Country (Carman) is a pretty good fighter but I’m not worried. I have a very good vibe and I’m looking to create new memories, not just live in the past.”