by Tim Harrison Some of you may have noticed a slight change in tone in the Monday Rant over the last few weeks – if not the altered title altogether. Boxing Tribune Editor-in-Chief Paul Magno’s annual vacation is coming to an end, and while I’ve enjoyed ranting in his stead, I feel I’ve only partially broken the surface of what it means to truly rant in the “angry old man” … END_OF_DOCUMENT_TOKEN_TO_BE_REPLACED

by Eric Duran Roll out the red carpet.  Have DJ Jay Bling set up shop. Alert the media, newspaper and radio afar.  Set up the stage, place the podium center stage and take a seat.  The greatest athlete of our Generation is retiring. Floyd Mayweather Jr. is entering the 19th year of his illustrious career. Floyd Mayweather Jr. plans to call it a day at the end of 2015.  … END_OF_DOCUMENT_TOKEN_TO_BE_REPLACED 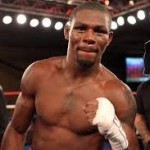 by Ted Sares There are telltale signs in the life of a fighter that should not go unnoticed.”—Diego Morilla “There are too many innocent victims in this case to seriously consider him one…But there are others who played key roles in the degeneration of Valero from a hungry, young prizefighter into an uncontrollable monster. They are also guilty and have blood on their … END_OF_DOCUMENT_TOKEN_TO_BE_REPLACED 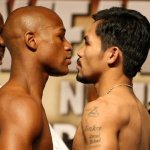 by Tim Harrison The renewed optimism in seeing the dreams of a Mayweather-Pacquiao fight a reality replaced the usual skepticism when Mayweather came out and said he wants Manny Pacquiao on May 2. This came after a month of media reports from Pacquiao’s team, and proved to be the catalyst to turn that proverbial frown upside down. All of the pieces are fitting into place; … END_OF_DOCUMENT_TOKEN_TO_BE_REPLACED 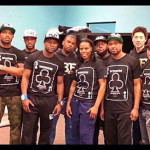 by Tim Harrison “Hard work! Dedication!” The popular mantra echoes through the Mayweather Boxing Club in Las Vegas, Nevada, while Showtime’s – and previously HBO’s – cameras record Floyd “Money” Mayweather’s training camps. It fills Mayweather’s social media feeds, and has become a major part of his worldwide brand. The members of his “Money Team” echo the sentiment. The … END_OF_DOCUMENT_TOKEN_TO_BE_REPLACED