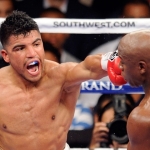 Former world titlists Victor Ortiz and Abner Mares have been added to the undercard of the December 13 Las Vegas Showtime card headlined by Amir Khan vs. Devon Alexander. Ortiz (29-5, 22 KOs), who was knocked out in two rounds by Luis Collazo in January of this year, is looking to get back into the mix in the welterweight division. But with no wins since beating Andre Berto … END_OF_DOCUMENT_TOKEN_TO_BE_REPLACED 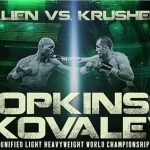 2014 is three-quarters finished and, in many ways, it has been every bit as disappointing as 2013 was exhilarating. However, even though there are just about three months left in the year, hope is not lost for a year-saving finish. In the three months remaining of 2014 there are some key divisional bouts scheduled as well as some important developmental fights for young, … END_OF_DOCUMENT_TOKEN_TO_BE_REPLACED 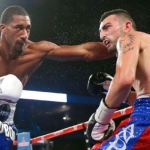 WBO junior middleweight champion, Demetrius Andrade (21-0, 14 KOs) has decided that the grass will be greener on the Showtime side of the Premium Channel War. Fighting his last two bouts on HBO, Andrade was reportedly pursuing a bigger, more lucrative deal than HBO was willing to offer, according to ESPN's Dan Rafael. After backing out of the idea of a move to … END_OF_DOCUMENT_TOKEN_TO_BE_REPLACED 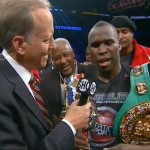 Bell Centre, Montreal, Quebec, Canada-- For the first eight rounds of Saturday night's Showtime light heavyweight title fight, it looked as though the challenger's only attribute was old school Eastern Bloc toughness. Poland's Abdrzej Fonfara (25-3, 15 KOs), dropped by a head shot in the first and a body shot in the fifth, took a massive beating from an Adonis Stevenson … END_OF_DOCUMENT_TOKEN_TO_BE_REPLACED 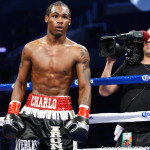