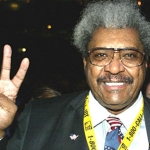 According to gossip site Radar Online, 83-year-old promoter, Don King sustained significant injuries in a fall at a Cleveland hotel back on October 31. King, who was in his home town for the funeral of a childhood friend, reportedly suffered injuries from the fall that require “extensive reconstructive surgery and months of rehab." According to a source referenced as a … END_OF_DOCUMENT_TOKEN_TO_BE_REPLACED 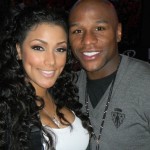 Claiming assault, battery, defamation, invasion of privacy, intentional infliction of emotional distress, harassment and other undisclosed charges, former Floyd Mayweather fiance, Shantel Jackson has filed a lawsuit against the five-division world champ according to celebrity gossip site, TMZ. Among many other things, Jackson alleges that Mayweather physically and … END_OF_DOCUMENT_TOKEN_TO_BE_REPLACED 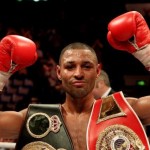 IBF welterweight titlist, Kell Brook, was stabbed in the leg while on vacation in Tenerife, Spain on Wednesday night. It's not yet known under what circumstances the 28-year-old undefeated champion was stabbed, but this is the second stabbing in seven years suffered by the Sheffield native. Last month, Brook upset defending IBF champ Shawn Porter to capture the title and was … END_OF_DOCUMENT_TOKEN_TO_BE_REPLACED 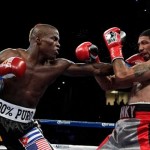 WBO middleweight titlist, Peter "Kid Chocolate" Quillin was given a second extension by the sanctioning body to sign the contract for a mandatory bout with challenger Matt Korobov. The deadline for signing was supposed to be August 28, but an extension was requested (and granted) for September 3. However, Quillin promoter Golden Boy applied for yet another extension on … END_OF_DOCUMENT_TOKEN_TO_BE_REPLACED 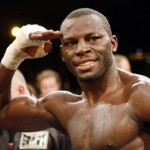 By Gary Purfield This Saturday from Fraport Arena in Frankfurt, Germany, Steve Cunningham (24-3, 12 KOs) will once again try to regain what he believes is rightfully his.  Cunningham, an American Cruiserweight who is forced to fight in Germany because the American boxing public has very little interest in those just south of 200 lbs, will again have to fight his opponent, … END_OF_DOCUMENT_TOKEN_TO_BE_REPLACED