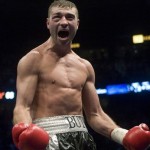 Lucian Bute was the odd man out when Showtime announced their six-man tournament in 2009. Already arguably one of the better fighters in the super middleweight division, Bute, who had recently claimed the IBF super middleweight title, was left out in favor of young upstarts Andre Ward, Andre Dirrell, and division newcomer, Arthur Abraham. When Jermain Taylor was literally … END_OF_DOCUMENT_TOKEN_TO_BE_REPLACED 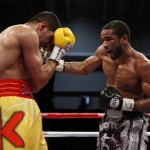 By Fox Doucette The division of boxers into divisions based on weight is one of the oldest traditions in the entire sport. It's why Giovani Segura won't fight Wladimir Klitschko, why Juan Manuel Marquez was able to gain seven pounds in order to fight Manny Pacquiao, and why tournaments like Super Six are so intriguing, with guys like Andre Ward and Carl Froch and Mikkel … END_OF_DOCUMENT_TOKEN_TO_BE_REPLACED 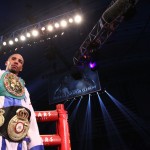 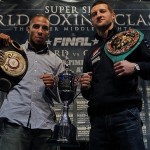 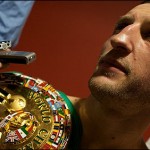 Should Carl Froch fail to emerge from his Super-Six showdown with Andre Ward this weekend with his WBC Super-Middleweight title intact, he’ll cap a dismal year for British boxing in which a number of our world champions have relinquished their belts. We started the year with Amir Khan, David Haye, Ricky Burns and Froch himself as legitimate title-holders, but are left only with … END_OF_DOCUMENT_TOKEN_TO_BE_REPLACED